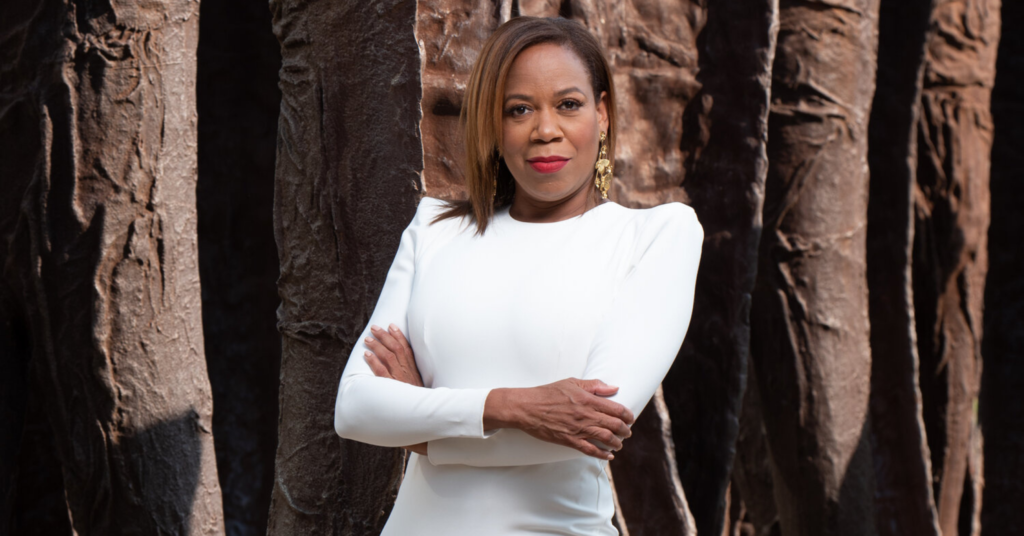 Each year, I host my Grit and Grace Conference to help women pursue their highest ambition and to practice self-care. One of last year’s conference speakers, Kalli Kerr who is a psychotherapist and good friend said, “Everything you want is on the other side of fear.” That really struck me and the other 3000 women attendees. All at once, we collectively “leaned in” wanting to hear more.

So, how do you get to the other side of fear? With courage, of course. That’s something we all know or could have guessed at. But where do you find courage? Searching for courage is a little like knowing where to find the best burger, doctor or school. We have our go-to places and resources to find what we need. Well, here’s where you go to find courage… it’s right next to fear. Courage doesn’t exist anywhere else but in the presence of fear. Funny, huh.

In 2007, when I was CEO of the civil rights organization, the Chicago Urban League, Chicago was in the thick of a bid to host the 2016 Olympics. As an advocate for the community, I had the organization conduct a research study to help ensure minority-owned businesses participated equitably in the Olympics should the city win. The morning of the press conference to announce the study’s findings, my phone began blowing up. I started to receive a barrage of frantic calls informing me that “City Hall” was none too pleased about the study and the timing of its release. City and some civic leaders were worried that the potential community reaction to the study could jeopardize efforts to win the bid.

The weight of this bold advocacy move and its consequences began to come fully into view when I considered that the support of the Chicago Urban League relied, in part, on the very leaders whose feathers were now ruffled. I was a new CEO with a lot to prove and now it all was on the line. In that moment, I was paralyzed by fear and began the manic dance of second guessing and self-doubt. Had I ended my tenure just as it was beginning? I stepped to the podium at the press conference dazed but still determined to deliver the report’s findings. Afterwards, I watched the events unfold in the media wondering if I would have a job the next day. Somewhere between panic and self-doubt, I began to reason with myself about what was the worst that could happen if I were fired. This is where I landed. I could go home, home to my family who loved me and start again. It was that thought that grounded me, calmed me, and gifted me the courage to stand in my decision.

In that moment at the Chicago Urban League, it wasn’t until I practiced self-compassion – embracing that failing was not failure nor the end of my career – that I found courage to move forward and speak truth to power. My grit brought me to the fight but I had to grace my way to courage to sustain me in the fight.

Do your due diligence. Make smart and calculated risks. Then, muster up all the grit you have to be bold. But at the end of the day, know that grace, not grit is the tipping point for courage.